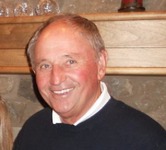 Allen J. Sitzmann, 73, of Le Mars, Iowa passed away unexpectedly on Wednesday, June 4, 2014 while traveling with family in Madrid, Spain. Mass of Christian Burial will take place at 10:30 a.m. on Wednesday, June 11, 2014 at St. Joseph Catholic Church in Le Mars. Father Kevin Richter will celebrate Mass. Burial will follow at Calvary Cemetery in Le Mars. Visitation will begin at 3:00 p.m. on Tuesday, June 10, 2014 at St. Joseph Catholic Church. A Knights of Columbus Rosary will be recited at 5:00 p.m. with a Scriptural Prayer Service at 7:00 p.m and a 4th Degree Chalice presentation. Visitation will resume at 9:30 a.m. on Wednesday at the church. The Mauer – Johnson Funeral Home in Le Mars is assisting Allen’s family with funeral arrangements. Expressions of sympathy may be directed through www.mauerjohnsonfh.com

Allen Joseph Sitzmann was born on March 24, 1941 near Le Mars, Iowa, the son of Laurence and Vivian (Nuebel) Sitzmann. He graduated from Gehlen Catholic High School in 1959. After high school, Allen assisted his family with farming. In 1962, he enlisted in the Iowa Air National Guard and served with the 185th in Sioux City.

On October 5, 1963 Allen and Peg Vondrak were united in marriage at Blessed Sacrament in Sioux City, Iowa. They made their home on the family farm where they raised crops and livestock. They moved to Le Mars in 1990.

Allen was a member of St. Joseph Catholic Church in Le Mars and was a 4th Degree Knight with the Knights of Columbus. He served as Past Exalted Ruler of the B.P.O. Elks in Le Mars and was a member of Wasmer American Legion Post #241. In his spare time Allen loved tennis and golf. Most important to Allen was the time spent with his family, especially his grandchildren.


To send flowers to the family or plant a tree in memory of Allen Joseph Sitzmann, please visit our Heartfelt Sympathies Store.