Memorial Candles Lit for Edward | SEE ALL
Light a Candle
"We are honored to provide this Book of Memories to the family."
— Mauer-Johnson-Earnest Funeral Homes
Funeral Details Memory Wall Photos & Videos Send Flowers

Print
Le Mars, Iowa - Edward Vernon Webb, 81, of Le Mars, Iowa passed away on Monday, October 15, 2018 at Brentwood Good Samaritan Village in Le Mars after a lengthy battle with Alzheimer’s. Mass of Christian Burial will take place at 10:30 a.m. on Friday, October 19, 2018 at All Saints Catholic Parish - St. Joseph Church in Le Mars. Father Bruce Lawler will celebrate Mass. Burial will follow at Calvary Cemetery in Le Mars. Visitation with the family present will begin at 4:00 p.m. on Thursday, October 18, 2018 at St. Joseph Church. There will be a Scriptural Prayer Service at 7:00 p.m. Visitation will resume at 9:30 a.m. on Friday at the church.

Edward Vernon Webb was born September 6, 1937, in Fairfield, Iowa to Will and Eleanora (Adams) Webb. Growing up he lived on farms in Fremont, Oskaloosa, Somers and Milo while graduating from Somers High in 1954 at just 16 years old.

After going to business school in Omaha, Nebraska, Ed became a manager for a Gambles store in Sterling, Colorado where he met Betty Jean Schell and they were married on September 7, 1963. They went on to live in Casper, Wyoming before eventually settling in Le Mars, Iowa. They had three children through their union and became integrated into the community. Ed belonged to Knights of Columbus, Rotary club and loved coaching Little League. He had an unmatched work ethic, but on occasion, could be persuaded to watch either his beloved Cubs, Colts or an old western movie.

In 1985, the family moved to Apache Junction, Arizona where Ed helped with the startup of the Dow Sat Cable company. He and Betty lived there for 7 ½ years and made many lifelong friends, before they moved back to Iowa in 1991. He worked at True Value Hardware in Spirit Lake for a year before joining the Bomgaars organization in Le Mars in 1992. He was a store manager for a while in both Le Mars and Sioux Center, before retiring on November 20, 2015. Over the years he was recognized and awarded for his outstanding performance with both Gambles and Bomgaars.

Ed is preceded in death by his parents, Eleanora and Will Webb; his mother-in-law and father-in-law, Marguerite and Adam Schell; his siblings, Claude Michael, James, and Oda Marie (Sheedy); his brothers-in-law, Al Sheedy, Paul Schell and Joe Zink.

Memorials in Ed’s name may be directed to the Alzheimer’s Association.


To send flowers to the family of Edward Vernon Webb, please visit our Heartfelt Sympathies Store.

We encourage you to share any memorable photos or stories about Edward. All tributes placed on and purchased through this memorial website will remain on in perpetuity for future generations.

You have my deepest sympathies
Gregory Purko - Thursday October 18, 2018 via Memorial Tree
Share This:

Uncle Ed you were always the most loyal, calm and tender uncle to all of us!
Rest in Peace
Stephen Sheedy and family - Thursday October 18, 2018 via Heartfelt Sympathies | Order flowers in memory of Edward
Share This:

CF
Karen and family- We are so saddened to hear about your father's passing. We know how cherished and special he was, a truly wonderful father and man. He was an excellent example of God's grace and goodness, these qualities that will continue to shine on in you and your boys/family. Please know that your DMACC family loves you very much and are praying for God's peace to guide you through this very difficult time.
Carie Kramer/DMACC Family - Wednesday October 17, 2018 via Condolence Message
Share This:

MS
Aunt Betty, Ed, Karen and Kevin: my deepest sympathy to all of you. Uncle Ed was a fantastic and lovely man. Will miss see all of you at the services. Take care of each other. Love and miss you all.
Michele Sheedy
Michele Sheedy - Wednesday October 17, 2018 via Condolence Message
Share This:

May your heart and soul find peace and comfort. With sincerely sympathy to Aunt Betty and entire family. With all our love.

I am so sorry for your loss. Ed was a great guy and when I got into the real world, he was my first boss. He will be missed and always remembered. Our prayers and thoughts are will you all.
Bill Dreckman - Wednesday October 17, 2018 via Condolence Message
Share This: 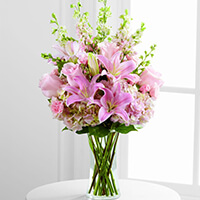 Our deepest condolences. Our prayers and thoughts are with you all.
The Dulls, Matt, Josh, Chuck, and Family - Wednesday October 17, 2018 via Heartfelt Sympathies | Order flowers in memory of Edward
Share This:

KA
To a great man and his beautiful family. I will always be thankful for your kindness and support in my Gehlen years. I’m so sorry for your loss. You all will be in my thoughts and prayers 💕
Karen Aber - Wednesday October 17, 2018 via Condolence Message
Share This:

CM
Betty, You have my deepest sympathies. Prayers to you and your family.
Coleen McCarty - Wednesday October 17, 2018 via Condolence Message
Share This:

MB
My sympathy to you all. Was a pleasure helpimg Ed! He will be greatly missed. Prayers ❤️️
Misty Brand - Wednesday October 17, 2018 via Condolence Message
Share This:
1 2 next page >>
Page 1 of 2
Share
×