To share your memory on the wall of Regina Oltmanns, sign in using one of the following options:

Regina Elnora Oltmanns was born on March 16, 1924 at Struble, Iowa the daughter of Jurgen and Katherine (Berg) Harms. She married Adolph Oltmanns on March 12, 1943. They made their home on a farm near Ireton, Iowa. They later moved to Le Mars, Iowa in 1970. Adolph passed away on April 20, 1979.

Grateful to have shared her life are her three sons and their wives, Edwin and Evelyn of Des Moines, IA, Gerald and Shirley of Rio Linda, CA and Robert and Laurie of Le Mars, IA; 8 grandchildren; 24 great-grandchildren, 15 great-great-grandchildren; a sister Dorothy Foxhaven of Hinton, IA; two brothers, Elmer Harms of Sioux City, IA and Melvin Harms of Punta Gorda, FL; and numerous nieces and nephews.

She was preceded in death by her parents; husband, Adolph; two daughters and their husbands, Arlene and John Hughes and Lorraine and Mike Kenny; a grandchild, Sharla Flores; great-grandchild, Rodney Allen; and five sisters, Louise, Helen, Teresa, Angeline and Sylvia; and a brother, Marvin Harms.
Read Less

To send flowers to the family or plant a tree in memory of Regina Elnora Oltmanns (Harms), please visit our Heartfelt Sympathies Store.

We encourage you to share your most beloved memories of Regina here, so that the family and other loved ones can always see it. You can upload cherished photographs, or share your favorite stories, and can even comment on those shared by others.

Rolfes and Egger families sent flowers to the family of Regina Elnora Oltmanns (Harms).
Show you care by sending flowers

Posted Dec 30, 2020 at 02:34pm
Dear Friends I was sorry to read about your moms death. A loss of a loved one is hard, especially at the holidays. She was a regular at church when my late husband was pastor at Grace Lutheran. I always thought she was kind and was so proud of her family. It was a joy to know this Christian lady!! Prayers are with you at this time and in the future.
Comment Share
Share via:
C

Posted Dec 21, 2020 at 02:11pm
She was an amazing woman and I have many fond memories of her. May God's peace sustain you at this time. Cindy Johnson
Comment Share
Share via:
LP

Posted Dec 21, 2020 at 10:12am
Dear Oltmann family, We are sorry for your loss. Please accept our sincere condolences. Steve and Rob Rolfes and Cindy Eggers.

Rolfes and Egger families purchased the The FTD Comfort Planter and planted a memorial tree for the family of Regina Oltmanns. Send Flowers 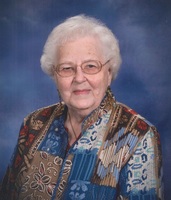