To share your memory on the wall of Josiah Gonzalez, sign in using one of the following options:

Josiah Angel Gonzalez was born on March 29, 2002 in Sioux City, Iowa to Miguel and Toddra (Benson) Gonzalez. He was raised in Le Mars, Iowa where he graduated from Le Mars Community High School in 2020. Josiah was very active in band and orchestra, starting with the trombone and finishing with the cello. He also participated in theater.

Following graduation, Josiah took a position with Cricket Wireless as the manager of the Le Mars store. He later moved to Granville, Iowa and was currently working at The Roadhouse in Orange City, Iowa. His family will remember his beautiful smile that could light up a room, his sense of humor which was out of this world and his laugh that would make anyone laugh with him. They will also miss the beautiful music he played on any instrument. He was an upcoming musician who knew music all his life. He could play anything and everything.

He was preceded in death by his infant brother, Noah; and a cousin, Matt Dean.
Read Less

To send flowers to the family or plant a tree in memory of Josiah Angel Gonzalez, please visit our Heartfelt Sympathies Store.

We encourage you to share your most beloved memories of Josiah here, so that the family and other loved ones can always see it. You can upload cherished photographs, or share your favorite stories, and can even comment on those shared by others.

Posted Jan 18, 2021 at 07:43am
Josiah's beautiful spirit and personality is truly missed by all at The Roadhouse. Our deepest sympathies for your loss and prayers moving ahead.

Flowers were purchased for the family of Josiah Gonzalez. Send Flowers

The FTD Comfort Planter was purchased for the family of Josiah Gonzalez. Send Flowers

Posted Jan 16, 2021 at 12:27pm
Josiah my precious boy, I love you so much baby. I’m having a very hard time with this and I need you to guide me. I love you with all my heart and I can’t take the fact you won’t ever call,text or come walking through the door anymore. My heart is shattered, when you left you took me with you.
Comment Share
Share via: 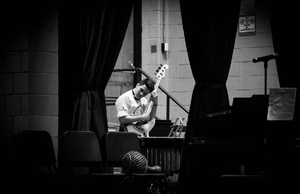 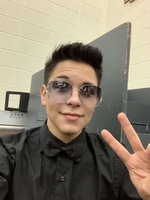 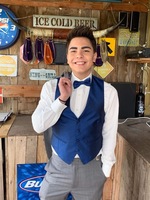