To share your memory on the wall of Ronald Prescott, sign in using one of the following options:

Ronald Eugene Prescott was born on July 1, 1953 in Sioux City, Iowa, the second son of Charles Daniel and Etta LaVonne (Watkins) Prescott. He attended school at Marcus, Iowa where he met his future wife, Barbara Ann McIntire. They were united in marriage on December 24, 1971, at Grace United Methodist Church in Marcus. They were blessed with three children, Roxanne, Rhonda and William.

Ron enlisted in the United States Army on January 30, 1973. He served overseas in Germany where he drove a deuce and a half truck. He earned an Honorable Discharge on January 20, 1976 and returned to Marcus. Ron took a position at a service station in Marcus as a mechanic. He also worked for a brief time as a farmhand, at K-Products in Marcus and Wells Dairy in Le Mars. For the most part of his working career, Ron was an over the road trucker. In later years he helped Mike Mayer and Cody Ohlendorf with the harvest.

He loved his family, especially spoiling his 12 grandchildren. Christmas was his favorite holiday. He also loved the outdoors, fishing, hunting. Ron and Barb loved traveling to South Padre Island, Texas and riding the Harley trike. Ron was a member of F.I. Goodburn American Legion Post, Harley Owners Group and ABBATE.

He was preceded in death by his father; and his wife, Barbara on April 16, 2019.
Read Less

To send flowers to the family or plant a tree in memory of Ronald Eugene Prescott, please visit our Heartfelt Sympathies Store.

We encourage you to share your most beloved memories of Ronald here, so that the family and other loved ones can always see it. You can upload cherished photographs, or share your favorite stories, and can even comment on those shared by others.

Posted Feb 05, 2021 at 11:11am
Billy, Megan and Family. Our thoughts and Prayers are with you during this difficult time.

Flowers were purchased for the family of Ronald Prescott. Send Flowers

Posted Feb 03, 2021 at 11:55am
I am deeply saddened to hear of the death of my good friend. Ron and I spent a great deal of time together and enjoyed many fishing trips and motorcycle rides together. Ron had a great sense of humor and he will be missed. Rest in peace my friend.

Posted Feb 03, 2021 at 11:15am
Wishing you peace to bring comfort, courage to face the days ahead and loving memories to forever hold in your hearts.

Rod French purchased the The FTD Comfort Planter for the family of Ronald Prescott. Send Flowers 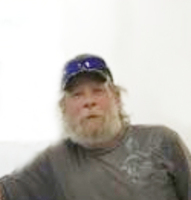