To share your memory on the wall of Karen Underwood, sign in using one of the following options:

In 1957, Karen married Wayne Kappler. While Wayne was serving in the military the couple lived in Texas, Germany and Oklahoma. They divorced and Karen moved to Le Mars, Iowa in 1964. She took a position at the truck stop. She married Victor Renken in 1965 and they moved to Sioux City, Iowa. She continued her truck stop work in Sioux City. They divorced in 1980 and Karen began a career in over the road trucking. Karen married Melvin Underwood in 1982. Along with trucking throughout the United States, Karen worked as a dispatcher and driver for Anthony Trucking in Le Mars. She was a “jack of all trades” and could fix just about anything. She enjoyed carpentry and cabinet work along with being an accomplished seamstress.

She was preceded in death by her parents; husband, Melvin Underwood; a great-grandson, Michael Saline; and a sister, Maxine Conner.
Read Less

To send flowers to the family or plant a tree in memory of Karen Lee Underwood (Dalton), please visit our Heartfelt Sympathies Store.

We encourage you to share your most beloved memories of Karen here, so that the family and other loved ones can always see it. You can upload cherished photographs, or share your favorite stories, and can even comment on those shared by others.

Flowers were purchased for the family of Karen Underwood. Send Flowers

Posted Feb 07, 2021 at 01:58pm
I worked with her at BT when she was a dispatcher. She helped me learn the Qualcomm computer system. Karen did fuel tax for a lot of truck operators. Great lady and a great friend.
Dan Heuertz
Comment Share
Share via:
J

Posted Feb 07, 2021 at 04:58am
Dear Grandma Karen,
You lived a amazing life. You were such a strong willed women. You were always there to fix a problem, there was nothing you couldn't or wouldn't do. Your memory will never fade. You gained your wings, now you can fly high. We love you and always will.
Jody
Comment Share
Share via: 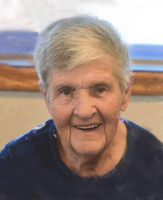