To share your memory on the wall of Laura Langel, sign in using one of the following options:

Laura Ellen Langel was born on March 22, 1933 on the family farm in Remsen, Iowa, the youngest of five daughters of Nick and Lena (Nothem) Lauters. She attended school in Remsen, graduating from St. Mary’s High School in 1951. She worked for a short time at the dime store and the movie theater in Remsen.

On April 26, 1952, Laura and Robert Theodore Langel were united in marriage at St. Mary’s Catholic Church in Remsen. After Bob served his country in the United States Army, the couple made their home in Le Mars. Along with raising their family, Laura did babysitting in her home.

Laura was a member All Saints Catholic Parish in Le Mars. She volunteered by cleaning the church and assisting with funeral lunches. When her children were younger, she served as a Girl Scout and Boy Scout leader. She enjoyed fishing with Bob by reading her favorite book while he fished. Summer vacations were enjoyed by camping and fishing throughout the Midwest with the family. Later, the couple purchased a mobile home and spent summers at the Iowa Lakes for over 15 years before heading north to Perham, Minnesota. Here they spent 10 years at Big Pine Lake. Laura enjoyed playing cards, doing word search puzzles and watching Hallmark movies. Her faith was of upmost importance to her. She could always be found watching Mass and praying the rosary as well as saying Novenas. She cherished visits from the grandchildren and great-grandchildren.

Preceding her in death are her parents; husband, Robert on December 29, 2018; a son, Ted on January 22, 2014; mother-in-law and father-in-law, Theodore and Caroline (Kunkel) Langel; step father-in-law, Lester Donlin; sisters and their husbands, Kathleen and Robert Johnson, DeLores and Ray Sjostrom and Jeanette and Wayne Delperdang; brothers-in-law and sisters-in-law, Marlene Mousel, Butch and Lynn Langel and Wally Luedtke.

Memorials in Laura’s name may be directed to Gehlen Catholic Schools or All Saints Parish.
Read Less

To send flowers to the family or plant a tree in memory of Laura Ellen Langel (Lauters), please visit our Heartfelt Sympathies Store.

We encourage you to share your most beloved memories of Laura here, so that the family and other loved ones can always see it. You can upload cherished photographs, or share your favorite stories, and can even comment on those shared by others.

Posted Mar 12, 2021 at 08:07am
I would like to thank the whole Langel family for sharing their beautiful Mother and Father with me growing up. Thanks for the countless camping and fishing trips they took me on that are etched in my memory forever. I will never forget all the precious moments spent on sleep overs and being at the Langel house and always being welcomed as a member of the family, thanks be to God for putting such wonderful people in my life. I am truly grateful and Laura will always be my second mom whom I loved dearly.
Comment Share
Share via:
MM

Posted Mar 11, 2021 at 05:31pm
Dear Sue, Jane, Ken, Nick, Ann, Jim, and families,
My heartfelt sympathy to all of you! Laura was such a lovely woman! She always seemed so strong and calm about whatever life brought her way! What a gift to have had her for a mother and grand/great-grandmother!
Barb Rhodes-Schnoes
Comment Share
Share via: 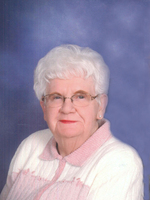