To share your memory on the wall of Joan Roepke, sign in using one of the following options:

Joan was born on December 27, 1937 at Floyd Valley Hospital in LeMars, the daughter of Edward and Alma Wulf. She graduated from Le Mars Community High School in 1956. During her senior year of high school, she accepted a secretarial apprenticeship at Wells Blue Bunny and continued employment at Wells until her first child Nancy was born in 1962. After her second child Steven started school in 1970, she went back to work at Calvary United Methodist Church (now UMCL) where she retired from her position as secretary after 23 years. Joan married Jim Roepke from Kingsley, Iowa on August 17, 1958.

Joan and Jim loved spending time at Lake Okoboji, Iowa during the summers for over 40 years. For more than 20 years they spent the winters in Austin and South Texas spending time with their children, grandchildren and great-grandchildren.

Jim and Joan had a passion for country music over their 62 years of marriage and met many stars including Johnny Cash on numerous occasions.

Joan was preceded in death by her parents; sister, Norma (Harm) Lubben.

In lieu of flowers, donations in Joan’s memory may be made to the United Methodist Church of Le Mars building fund.
Read Less

To send flowers to the family or plant a tree in memory of Joan Roepke, please visit our Heartfelt Sympathies Store.

We encourage you to share your most beloved memories of Joan here, so that the family and other loved ones can always see it. You can upload cherished photographs, or share your favorite stories, and can even comment on those shared by others.

Linda and Alan Miner and Mandy, Joel and Penny sent flowers to the family of Joan Roepke.
Show you care by sending flowers

Posted Apr 18, 2021 at 04:38pm
Jim and family.. so sorry to hear about Joan.. my thoughts and prayers are with you and your family, we always enjoyed visiting with you and Joan, you were wonderful neighbors when we lived by Cleveland Park. Always remember Nancy babysitting Brad and Dawn. I will cherish the memories I have of Joan and family.
Comment Share
Share via:
VH

Posted Apr 18, 2021 at 01:38pm
Jim I felt so badly to read of Joan's flight to heaven. I am so sorry as we were friends forever. I always enjoyed the time we used to share after church when you let me join you at Taco Johns. We did that almost every Sunday. Joan was so bubbly and fun to be around and I will miss sending her interesting emails. To your family I want them to know they had a delightful mother and she was a wonderful friend to me, as well as you. Thanks for being there for me while I lived in Le Mars. Virginia Huppe (Bitterly)
Comment Share
Share via:
KA

Posted Apr 17, 2021 at 09:52pm
Jim, I'm sad to hear of Joan's passing. I so enjoyed our visits at music events and family gatherings. Praying that you are feeling God's presence as you cherish the many fond memories of your lovely wife.
Comment Share
Share via:
JL

Posted Apr 16, 2021 at 01:40pm
Jim and family - Our deepest condolences on your loss. Joanie was such a sunny person with a great outlook on everything. It was always so nice to talk with her at the Wulf family reunions. We will all miss her.
Comment Share
Share via:
ME

Posted Apr 15, 2021 at 11:03pm
Dear Jim and family,
I am very sorry to hear of Joan's passing. She will be very much missed during our family get togethers. It won't be the same not seeing her at our house on Christmas day. The one thing that I can honestly say is, she was always very nice to me. She treated me, and I suspect all others, with respect and friendship. I have known her for 47 years and can't remember a time that Joan wasn't part of a good conversation. I can't remember any bad conversations. She was just an upbeat person.
When I 1st met her, at 11 years old, she welcomed me into her home and treated me kindly. When she 1st met my wife, they were friends for life. She was just a very sweet woman. My wife and I will truly miss her. Rest in peace Joan. God Speed!
With love,
Mark and Chiyo Ellsworth
Comment Share
Share via: 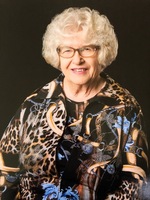