To share your memory on the wall of Margaret Reusch, sign in using one of the following options:

Print
Paullina, Iowa - Margaret Reusch, 92, of Paullina, Iowa passed away on Thursday, May 20, 2021 at Accura Healthcare of Cherokee. Private graveside services will be held at Hillside Cemetery in Merrill, Iowa.

Margaret Emily Reusch was bo... Read More
Paullina, Iowa - Margaret Reusch, 92, of Paullina, Iowa passed away on Thursday, May 20, 2021 at Accura Healthcare of Cherokee. Private graveside services will be held at Hillside Cemetery in Merrill, Iowa.

Margaret Emily Reusch was born on October 25, 1928 in rural Hinton, Iowa to John and Anna (Mulder) Bock. She was baptized at St. John’s Lutheran Church in Merrill, Iowa and confirmed at St. John’s Lutheran Church in Le Mars. Margaret attended school in Merrill and then graduated with a teacher’s certificate from Le Mars Central High School in 1946. She taught school for a number of years in Plymouth County.

Margaret and Albert Reusch were united in marriage on May 5, 1948 in Merrill. Together they had six children. The family moved to the Paullina area in 1951. Margaret was employed by the Head Start program, Zion St. John’s Lutheran School and in 1980 went to work at the K- Mart store in Cherokee where she stayed until her retirement in 2000. While working at K-Mart, she also worked at Casey’s in Paullina for 13 years where she made the donuts. Margaret and Albert divorced in 1973.

She was a selfless person who had a very strong work ethic and was wonderful at customer service to the many people at K-Mart and Casey’s. Margaret loved to read and enjoyed going to garage sales. She was a terrific seamstress. She made the play costumes for Northwestern College in Orange City as well as hundreds of wedding and bridesmaid dresses. The area farmers will remember her as the one who mended their overalls and sewed in countless new zippers on their overalls. She did most of this sewing for the farmers in exchange for meat or farm grown vegetables.

She was preceded in death by her parents; her son, Tim Reusch; sisters, Laura (Loren) Branum and Erma Haan; her granddaughter, Jamie Lynn Spence and her great granddaughter, Morrgan Reusch.
Read Less

To send flowers to the family or plant a tree in memory of Margaret Emily Reusch (Bock), please visit our Heartfelt Sympathies Store.

We encourage you to share your most beloved memories of Margaret here, so that the family and other loved ones can always see it. You can upload cherished photographs, or share your favorite stories, and can even comment on those shared by others.

Posted May 31, 2021 at 07:47pm
We are so sorry for your loss. We will be keeping you all in our thoughts and prayers. Tim & Wanda Pauling
Comment Share
Share via:
P

Thank you so much, she was a jewel and will be missed,but I’m so happy she’s with her heavenly family!!
MP

Posted May 31, 2021 at 06:21pm
Margaret was a special lady in Paullina & everyone loved her. Our oldest son was blessed to have her at the Zion St. John School to help him with his studies. She holds a special place in the heart of many.
Comment Share
Share via:
P

Thank you so much
VD

Posted May 31, 2021 at 03:27pm
Marge was so a beautiful sweet lady. She will be missed by so many.
Sending my deepest sympathy and prayers for all of her family ~

Thanks so much 💕
MS

Posted May 31, 2021 at 02:58pm
I am so sorry for your loss. Marge was such a wonderful person, so generous and giving. She was a great friend to my mom, Esther Rohrs. She made the best apple dumplings!
Comment Share
Share via:
P

Thanks so much 💕
DS

Posted May 24, 2021 at 03:51pm
Margaret was our kind Paullina neighbor for many years. She delightfully shared her rhubarb patch with me and in return, I would share dessert and jam with her, along with a warm treasured visit. It was a pleasure to know her. You have our deepest sympathy.
Comment Share
Share via:
P

Thank you so much, she will be missed by many! 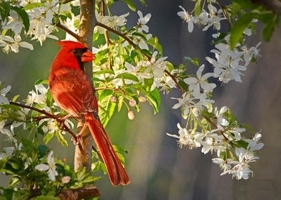