To share your memory on the wall of Anthony Nilles, sign in using one of the following options:

Anthony Dennis Nilles was born on June 14, 1943, in Remsen, Iowa, one of eleven children born to Peter and Olga (Krieps) Nilles. He graduated from Remsen St. Maryâ€™s High School. He married Barbara Rokes on August 19, 1961. They made their home in the Cherokee, Iowa area where he farmed.

Tony married Lynette Ames on May 28, 1969 in Marcus, Iowa. They made their home in Le Mars, Iowa and Tony began work at Supersweet Feeds. He later took a position at the Seney Elevator and then with Meis Seed and Feed where he served as store manager for 15 years.

Tony married Julie (Snyder) Kobs on June 2, 1984. Tony worked briefly for Pacesetter Windows before working as a machine operator at Wells Dairy. He retired from Wells in 2000 but continued to operate an appliance repair and sales business.

He could often be found snacking on ice cream and root beer barrel candy. Tony watched MASH daily and could recite lines before the actors could say them. He also collected clocks and had several in each room of the house.

To send flowers to the family or plant a tree in memory of Anthony Dennis Nilles, please visit our Heartfelt Sympathies Store.

We encourage you to share your most beloved memories of Anthony here, so that the family and other loved ones can always see it. You can upload cherished photographs, or share your favorite stories, and can even comment on those shared by others.

Posted Jun 17, 2021 at 08:32am
Jim Nilles & family-We are so sorry for the loss of your father. Our deepest sympathies go out to you and your entire family at this time.

Posted Jun 17, 2021 at 08:20am
Pat Nilles & family-Our thoughts and prayers are with you and your entire family at this difficult time. Very sorry for the loss of your father. 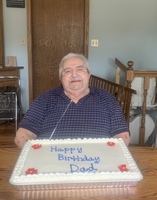