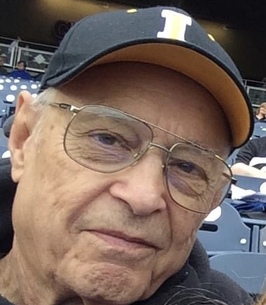 Dr. James L. Wiese, 90, of Glenwood, Iowa, formerly of Marcus, Iowa passed away on Thursday, May 12, 2022, at Glen Haven Village in Glenwood. Funeral services will take place at 1:00 p.m. on Monday, May 16, 2022, at Grace United Methodist Church in Marcus, Iowa. Rev. Dr. Travis Stevick will officiate. Burial with military honors will follow at East Lawn Cemetery in Sheldon, Iowa. Visitation will begin at 11:30 a.m. at the church on Monday. T

James Loren Wiese was born on January 30, 1932, in Hospers, Iowa to John and Kathryn Wiese. After graduation, James served in the U.S. Coast Guard active duty for 3 years and reserves for 5 years. James graduated from Buena Vista College and attended dental school at the University of Iowa. He was united in marriage to Clarice Faye Bussanmas on September 12, 1958, in Sioux City, Iowa. To this union their son, Thomas was born.

James had a private dental practice for many years in Marcus and was a member of Grace United Methodist Church. His interests included woodworking, gardening, collecting and restoring antique pump organs and was a talented artist. He was a loyal Hawkeye fan and sports enthusiast. James enjoyed attending the College World Series for many years with Tom and his grandchildren.

Survivors include his wife, Clarice Wiese of Council Bluffs, Iowa; son, Thomas “Tom” and wife Carla Wiese and their children, Riley and Ashton Wiese all of Glenwood, Iowa, three nieces and one nephew.