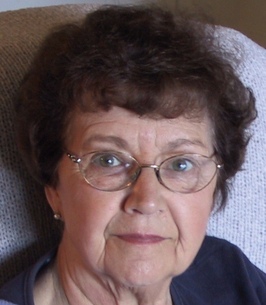 Le Mars, Iowa – Phyllis J. Schmidt, 90, of Le Mars, Iowa, passed away on Wednesday, October 12, 2022, at Methodist Hospital in Omaha, Nebraska after a brief illness. She had been living in Valley, Nebraska with her daughter for a little over a year before moving to an assisted living facility in Valley in February of this year. A Celebration of Life Service will be held at 11:00 a.m. on Saturday, October 29, 2022, at the Mauer-Johnson Funeral Home in Le Mars. Rev. Christian Meier will officiate. Burial will be in the spring at Resthaven Memory Gardens Cemetery in Le Mars. Visitation will be one hour before the service at the funeral home.

Phyllis was born on November 12, 1931, in Le Mars to Robert and Meta Ruble. She received her education at Le Mars Community Schools, graduating in 1949. On June 30, 1951, she married Marlowe Schmidt, also of Le Mars. The couple raised two daughters, Connie and Sheila.

Phyllis worked for the telephone company in Le Mars as an operator, and later as a supervisor, before retiring in 1990. She was a member of St. John’s Lutheran Church. Phyllis enjoyed dancing, playing cards, planting her flowers and spending time with her family. Her greatest joy in life was her family.

Phyllis was preceded in death by her husband, Marlowe; her friend, Glen Bubke; her parents, Robert and Meta Ruble; a brother, Harlan Ruble; a sister, Alvina Heyl and a son-in-law, Marty Johnson.