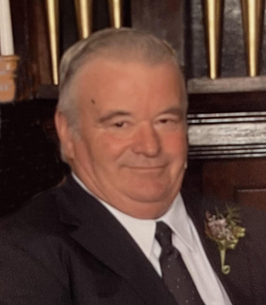 William Dennis Galles was born on January 29, 1940, in Sioux City, Iowa, the son of Ray and Rose (Bauler) Galles. He graduated from Union Consolidated High School in 1958. Following high school, William enlisted in the 185th Iowa Air National Guard in Sioux City where he served for 6 years.

On February 23, 1963, William and Lois Galles were united in marriage at St. Joseph Catholic Church in Neptune. They made their home in Le Mars. William began his working career with Le Mars Plumbing. He later took a position at Meis Seed and Feed (later Le Mars Agri Center) where he drove truck, sprayed and fertilized fields. He retired at the age of 72. In his spare-time, he enjoyed camping and motorcycles.

He was preceded in death by his parents, wife, Lois on September 12, 2019; an infant son, Bradley; and a brother, Dan.