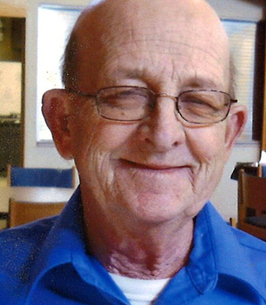 Le Mars, Iowa - Curtis Utesch, 75, of Le Mars, Iowa passed away on Tuesday, November 8, 2022, at Floyd Valley Healthcare in Le Mars. Funeral services will be at 10:30 a.m. on Monday, November 14, 2022, at St. John’s Lutheran Church in Le Mars. Rev. Christian Meier will officiate. Burial will follow at Memorial Cemetery in Le Mars. Visitation will begin at 2 p.m. on Sunday, November 13, 2022, with the family present from 5-7 p.m. and a prayer service at 7 p.m., all at the Mauer-Johnson Funeral Home in Le Mars. There will also be one hour of visitation before the funeral service on Monday at the church.

Curtis Merlin Utesch was born on February 21, 1947, in Le Mars, Iowa, the son of Merlin G. and Dorothy E. (Haage) Utesch. He graduated from Le Mars Community High School. Following high school, Curtis enlisted in the United States Army. He served from 1965 to 1967 prior to earning his honorable discharge. He returned to Le Mars and took a position with Farm Services in the fertilizer division.

On September 26, 1981, Curtis and Diane Brunkhorst were united in marriage at St. John’s Lutheran Church in Le Mars. Curt would later work at Sherrill Construction in Le Mars and Advanced Brands in Orange City along with farming in the area.

Curt was a member of St. John’s Lutheran Church in Le Mars. He was also a member of Oleson – Halweg American Legion Post of Merrill, Iowa (50- year member) and the Le Mars Eagles Club. He enjoyed fishing, especially on the Red River. He also liked to spend time with his nieces and nephews and watch Westerns on television.