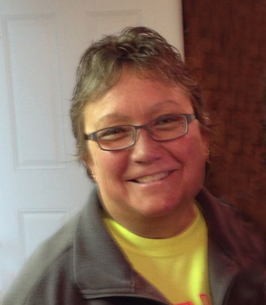 Debra Rae Reichle, 57, of Le Mars, Iowa, passed away on Friday November 18, 2022, following a courageous battle with cancer. Funeral services will take place at 2:00 p.m. on Wednesday, November 23, 2022, at the Mauer – Johnson Funeral Home in Le Mars. Father Bruce Lawler of All Saints Catholic Parish will officiate. Burial will follow at a later date at Memorial Cemetery in Le Mars. Visitation with the family present will begin at 12:00 p.m. on Wednesday at the funeral home.

Debra Rae Weeks was born on November 12, 1965, in Carroll, Iowa to Maurice and Donna (Sigler) Weeks. She attended school in Coon Rapids, Iowa, graduating from high school in 1984. Following high school, Deb attended Westmar College where she majored in education. She did some substitute teaching before taking a position at Wells Dairy. She worked there for over 20 years and recently worked various other jobs in Le Mars. Deb married Edward Anderson in 1992. They were later divorced.

Deb and Dale Reichle were married on October 27, 2001, at St. James Catholic Church in Le Mars. Deb was an avid Kansas City Chiefs and Iowa Hawkeyes fan. She enjoyed golfing and boating. Deb and Dale had a cabin at Pickstown, South Dakota where they spent many summers. She was also an animal lover, especially her latest furry friend, Pixie.

She is survived by her step-son, John Reichle of Sheldon, IA; a sister and her husband, Annie and Tim Jessen of Santee, NE; a brother and his wife, Pete and Becky Reid of Truro, IA; an aunt and Godmother, Twilla Hoffman of Carroll, IA; sisters-in law and brothers-in-law, Joyce (Darrell) Lancaster of Seney, IA, Betty Holles of Lincoln, NE and Judy (Mark) Meis of Alton, IA; Bob (Linda) Reichle of Alton, IA; several nieces and nephews; and her furry friend, Pixie.

Deb was preceded in death by her father, Maurice Weeks; mother and step-father, Donna and Gary Smouse; and her husband, Dale Reichle on April 8, 2019; and a brother-in-law, Lloyd Holles.