To share your memory on the wall of Steven Galigan, sign in using one of the following options:

Steven Paul “Norton” Galigan was born on May 25, 1949 in Le Mars, Iowa to Paul and Martha (Nelson) Galigan. He was raised in Marcus, Iowa and graduated from Marcus High School. Following high school, he attended Iowa Lakes Community College where he studied accounting. During his younger years, Steve worked for the Marcus Newspaper. He also worked at the liquor store in Remsen, Iowa and drove a truck for Ames and Bass Trucking.

On August 3, 1968, Steve and Nancy Ione “Red” McQueen were united in marriage at Meadow Star United Methodist Church, rural Washta, Iowa. They made their home in Marcus. Norton began his longtime career with the City of Marcus in 1979. He worked for the city until he retired in 2011. During his retirement years, Norton worked part time at Schmillen Construction and assisted the Mayer and Ohlendorf families with farming. He also helped out in the kitchen at the Old Panhead Restaurant.

Norton loved the outdoors and loved to duck, goose and deer hunt. He also enjoyed fishing and gardening. When he wasn’t doing those things he could be found watching NASCAR and old westerns.

A memorial will be established in Norton’s memory. Donations may be directed to the family.
Read Less

To send flowers to the family or plant a tree in memory of Steven Paul "Norton" Galigan, please visit our Heartfelt Sympathies Store.

We encourage you to share your most beloved memories of Steven here, so that the family and other loved ones can always see it. You can upload cherished photographs, or share your favorite stories, and can even comment on those shared by others.

Posted Oct 23, 2020 at 11:33pm
Tom and I were classmates of Steve's. He always had a wisecrack and was a funny guy. Our condolences to all who knew Steve.

Posted Oct 19, 2020 at 03:26pm
We met Norton (Steve) about 37 years ago I think at our resort in Minnesota. He and Red came with a wonderful group of friends, family and fishermen and women - The Kruses Don, Shirley, Dennis, Arlene and families and Larry and Helen Weber and family. There were friends also- too many to mention and I may leave someone out. Anyway, Steve was usually up by little cabin 5 to begin with! He and Red brought lots of cooking supplies. It took awhile to get to know Red, but the last fun time we had was on the deck of cabin 8 with Nancy Z, Nancy G, Steves Tequilla and shot glasses! I was walked home! Lol! But Steve was different. He was always outgoing with a smirk on his face as if had done something. And he usually had! I remember when I was bent over planting flowers by cabin 10. He said- Gotcha! You want an 8 x10? Or something very similar. So I told him I was gonna get him back! He was always teasing and wise cracking! You couldn't help but love him ! He was usually with the group , cooking, eating, drinking or fishing! This year when I saw him I couldn't help but hug him and we hugged. He was the only one I have hugged all year since Covid! It came so automatically! I am so glad I did! I have cried over this but he is in a much better place without physical or mental pain. We love you Steve/Norton! Your entire group stole our hearts but you had a special place. May you rest in peace! Hope to see you again! PTL! Love, Ron, Patty and family 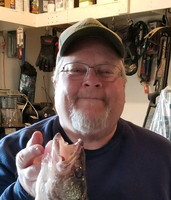 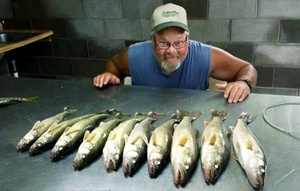 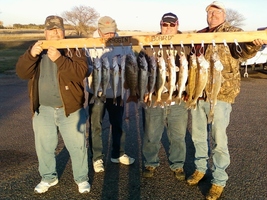