To share your memory on the wall of Charles Stephenson, sign in using one of the following options:

Charles Eldon Stephenson was born on February 16, 1931 in Kingsley, Iowa, the son of Charles H. and Cleda Jane (Bowman) Stephenson. He attended school in Kingsley. When Eldon was 13, he moved in with his aunt and uncle, Lee and Dorothy Simons. At age 18, he began working with them on the farm and, after their passing, farmed on his own. In 1998, Eldon moved into Kingsley. He enjoyed his friends and relatives stopping by, the cards they sent and phone calls he received. Eldon also liked listening to country music and watching old westerns.

Eldon is survived by a niece, Nancy (Ron) Mathers of Kingsley, IA; their son, Jeff Mathers and his special friend, Liz Elliott of Firth, NE; and Jeff’s daughters, Alex (Johnny) Saunders, Morgan Mathers and Dylan Mathers; a nephew, Larry (Karen) Wink; their daughter, Jaclynn (Kevin) Claussen and children, Brylie and Bo, and their son-in-law, Lincoln Umbach and son, Keagan all of Anthon, IA; along with several other nieces and nephews.

To send flowers to the family or plant a tree in memory of Charles Eldon Stephenson, please visit our Heartfelt Sympathies Store.

Print
A private family service will take place at a later date.

We encourage you to share your most beloved memories of Charles here, so that the family and other loved ones can always see it. You can upload cherished photographs, or share your favorite stories, and can even comment on those shared by others. 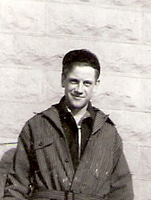