To share your memory on the wall of Sally Steffens, sign in using one of the following options:

Sally Lou Steffens was born on June 9, 1935 in Hartley, Iowa, the daughter of John Merritte and Lucille (Kunst) Brehmer. She attended school in Hartley. On September 30, 1950, Sally and Alvin C. Steffens were united in marriage at Worthington, Minnesota.

Sally and Alvin made their home on a farm near Cleghorn, Iowa. Together they farmed and raised their children until Alvin passed away on July 28, 1997. Sally remained on the farm and moved to the Heartland Care Center two years ago.

Sally was a member of Peace Lutheran Church and had taught Sunday School when her children were younger. She enjoyed crocheting and reading. Sally also liked to cook, watch birds and assisted with the dairy operation.

To send flowers to the family or plant a tree in memory of Sally Lou Steffens (Brehmer), please visit our Heartfelt Sympathies Store.

We encourage you to share your most beloved memories of Sally here, so that the family and other loved ones can always see it. You can upload cherished photographs, or share your favorite stories, and can even comment on those shared by others.

Posted Jan 28, 2021 at 10:30am
Dan & Family,
My heartfelt sympathies for you and your family. Dan, I remember you taking me to the farm a few times when we were in high school and meeting your Mom. She was incredibly sweet and kind. And always tried to feed me! I am so very sorry for your loss.

Posted Jan 20, 2021 at 08:37pm
So Sorry to the family for the loss of Aunt Sally! She will be deeply missed. Love to all, Danny, Jill (Brehmer), Jayden, Jess and Jacalyn Marshall

Flowers were purchased and a memorial tree planted for the family of Sally Steffens. Send Flowers 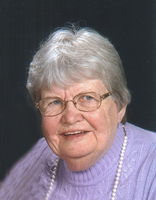