To share your memory on the wall of Terry Marienau, sign in using one of the following options:

Terry John Marienau was born on December 6, 1947 in Merrill, Iowa, the son of Melvin Kenneth and Elsie Almina Marie (Hartmann) Marienau. He graduated from Le Mars Community High School and furthered his education at Westmar College in Le Mars. Terry then took a position with the Plymouth County Engineer’s Office. This would turn into a lifelong 51-year career. Terry retired as an assistant engineer on December 31, 2019.

On July 11, 1970 Terry and Kathy Livermore were united in marriage at St. Joseph’s Catholic Church in Le Mars. They made their home in Le Mars where they raised their three sons, Jeff, Mark and Matthew. He loved the outdoors, hunting and fishing. He was an accomplished trap shooter, winning many trophies as a member of the Le Mars Sportsman Club. Terry served as President of the "Garden Club". An avid baseball fan, Terry was a fantastic left handed pitcher. Above all these things, his life revolved around his family. Following their activities and spending time with them always came first.

Grateful to have shared his life is his wife of 50 years, Kathy, three sons, Jeff and his wife, Dena, Mark and his wife, Judy and Matthew; six grandchildren, Kelsey, Morgan, Payton, Trent, Henry and Elsie; two great-grandchildren, Avery and Lennan; a sister, Linda Conover and her husband, John; his mother-in-law, Marjorie Livermore; sisters-in-law and brothers-in-law, Vicki Livermore, Pat and Larry Beitelspacher, MaryKay and Greg Jelken, Jim and Mary Livermore, John and Kim Livermore, Betty and Kevin Loutsch, Nancy and John Holtgrewe, Bob and Carol Livermore, Dick and Michelle Livermore all of Le Mars, Iowa; and several nieces and nephews.

He was preceded in death by his parents; father-in-law, Orville “Hank” Livermore; and a brother-in-law, Mike Livermore.
Read Less

To send flowers to the family or plant a tree in memory of Terry John Marienau, please visit our Heartfelt Sympathies Store.

We encourage you to share your most beloved memories of Terry here, so that the family and other loved ones can always see it. You can upload cherished photographs, or share your favorite stories, and can even comment on those shared by others.

Roye Beene and Linda and Jake, Jon and Christie, Sara and Damon sent flowers to the family of Terry John Marienau.
Show you care by sending flowers

Posted Mar 07, 2021 at 06:52am
Kathy and family: Terry and I started kindergarten together in Merrill and we remained good friends throughout our lives. Although we did not see much of each other the last several years, I have many great memories of Terry. He was a very kind person and I know all of you will miss him. Treasure all the good times.
Comment Share
Share via:
BJ

Posted Feb 16, 2021 at 07:30pm
Kathy and family: So sorry to hear of Terry's passing. He was a special cousin with a special spririt. Many great childhood and late teen memories. As 4-5 year old cowboys , he was always Gene Autrey and I was Roy Rogers. We caught fish from Mink creek, played little league baseball(Terry had a wicked curve), and made trips to North Sioux for a brew or two. I remember him as a deep thinker and just plain a darn good guy. May The Lord bless you in the upcoming difficult but joyous times. Barry Jessen and family
Comment Share
Share via:
JA 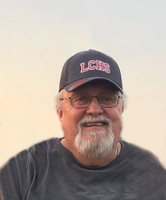