To share your memory on the wall of Marian Anderson, sign in using one of the following options:

Marian Margaretia Anderson was born on October 11, 1919 in Le Mars, Iowa, the daughter of Henry and Louise (Heissel) Kamp. She graduated from Le Mars High School in 1937. On June 19, 1941, Marian and Rhinehart Anderson were united in marriage. They farmed until 1947 and also owned and operated the Waeside Inn. After the Inn was sold, Marian enjoyed being a housewife and mother.

In 1957, Marian and Rhinehart owned and operated a miniature golf course near their home. Rhinehart passed away in 1969 and Marian took a position with the Le Mars School District for the next 17 years before she retired. She lived with her daughter and son-in-law, Art and Betty Williams for the past four years.

Marian was a member of St. John’s Lutheran Church. She enjoyed cooking and baking. She also enjoyed the challenge of a good crossword puzzle and listening to Polka music. Most of all she enjoyed the time spent with her family and friends.

Grateful to have shared her life is her daughter and her husband, Betty and Art Williams of Le Mars, IA; a grandson, Paul Williams of Boyden, IA; granddaughters, Heidi Schleis of Le Mars, IA and Beth Williams of Ireton, IA; great-grandchildren, Joe and Jordan Schleis; and a brother, Bob Kamp of Omaha, NE.

To send flowers to the family or plant a tree in memory of Marian Margaretia Anderson (Kamp), please visit our Heartfelt Sympathies Store.

We encourage you to share your most beloved memories of Marian here, so that the family and other loved ones can always see it. You can upload cherished photographs, or share your favorite stories, and can even comment on those shared by others.

Posted Feb 20, 2021 at 02:58pm
Betty......my sincere sympathies. Due to continuing Covid precautions, I won't be able to attend the services....but please know I'll be thinking of you... Cynthia Anderson, Akron, IA
Comment Share
Share via:
HS

Posted Feb 20, 2021 at 06:56am
Marion will be remembered as a loving and generous person by all who knew her. Please accept our deepest sympathy at this time.

The FTD Deepest Sympathy Arrangement was purchased for the family of Marian Anderson. Send Flowers 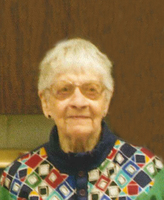