To share your memory on the wall of Bernice Lehrman, sign in using one of the following options:

Bernice Evelyn Lehrman was born on May 21, 1921 near Hinton, Iowa, the daughter of Edward and Hattie (Blackmore) Stephens. She attended rural school near her home prior to graduating from Hinton High School in 1939. Her fondest childhood memory was roller skating on highway 75 in Hinton.

On April 1, 1941, Bernice and Frank Lehrman were married at St. John’s Lutheran Church in Ireton, Iowa. They made their home on a farm near Carnes, Iowa. During WWII while Frank served in the military, Bernice worked in a battery factory in Sioux City, Iowa to support the war effort. In 1952, they moved to Struble, Iowa. Bernice and Frank lived in Struble until Frank passed away in 2000. Bernice moved to Le Mars to be closer to her family.

Bernice was a member of Grace Lutheran Church in Le Mars where she participated in Circle. Her hobbies included gardening, fishing and going for walks.

To send flowers to the family or plant a tree in memory of Bernice Evelyn Lehrman (Stephens), please visit our Heartfelt Sympathies Store.

We encourage you to share your most beloved memories of Bernice here, so that the family and other loved ones can always see it. You can upload cherished photographs, or share your favorite stories, and can even comment on those shared by others.

Posted Apr 15, 2021 at 07:55am
Jim So very sorry to hear of the loss of your mom. She was such a great lady. I enjoyed visiting with her especially at church. Please know that Mike will keep you all in our prayers and in our heart ❤️. Mike and Diane Paugh
Comment Share
Share via:
TB

Posted Apr 12, 2021 at 06:06pm
My deepest condolences to her family.. Bernice was such a nice lady, and a good friend to my mom.. My mom so loved playing cards with "the girls", and all the other fun things they did together as well, and Bernice always added to the fun, was always a positive person.... Again, I am so sorry for your loss
Comment Share
Share via:
MF

Posted Apr 10, 2021 at 02:17pm
Lehrman Family-Bernice was a faithful church attendee when my late husband was pastor there. I always enjoyed chatting with her when she came to our Senior Citizens dinners. I will be thinking of you as you celebrate her life ( it happens to be on my late husbands birthday) What a blessing to know that she is in heaven with Frank and other loved ones. You are in my prayers!
Margaret Fett
Comment Share
Share via:
GD 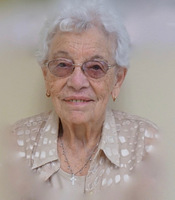