To share your memory on the wall of John Burright, sign in using one of the following options:

John Drummond “Jack” Burright was born on August 19, 1932, in Rock Rapids, Iowa to John Blaine and Gertrude (McKinlay) Burright. After graduating from Rock Rapids High School in 1949, Jack attended Iowa State College in Ames, Iowa where he earned a Bachelor of Science Degree in Agricultural Education. He also enrolled in the Air Force ROTC program. Jack played his trombone in the college marching band and a brass group called “4 Rips and a Snort” and participated in Bethany Fellowship. Upon graduation, he served for two years in the United States Air Force, attaining the rank of Captain prior to his Honorable Discharge.

On June 15, 1955, Jack and Nancy Nannen were united in marriage at Pierson, Iowa. After Jack’s discharge, they returned to the Nannen family farm south of Pierson. Along with farming and raising hogs, beef and helping with the dairy cows, Jack taught at Correctionville and Bronson, Iowa. He would later teach math and science for 8 years in Washta, Iowa.

Jack was a life-long member of the Christian Church (Disciples of Christ) in Rock Rapids and Pierson where he was active on Regional Boards and served on many committees for the Christian Conference Center in Newton. He was a 32nd Degree Mason with the lodges in Pierson and Kingsley. Jack was an active member of Harrison F. Pedersen American Legion Post #291 in Pierson. He was a Farm Bureau member for 58 years, served as a 4-H leader and as the Woodbury County Fair Manager for 18 years and later with the Woodbury County 4-H Foundation. Jack served as treasurer of the Pierson Town and Country Club for many years. He kept an extensive stamp collection and made numerous crafts from gourds he grew as a member of the Loess Hills Gourd Society.

Grateful to have shared his life is his wife of 66 years, Nancy Burright of Pierson, IA; his children, Beth Campbell of Marshalltown, IA, John (Diann) Burright of Ames, IA, Janette (Russ) Smith of Indianapolis, IN and Blaine Burright of West Des Moines, IA; three grandchildren, Cassandra Lyn Campbell, Katherine Grace Smith and Benjamin Paul Burright; a sister, Janice Billings of The Dalles, OR; a sister-in-law, Joyce Burright of Mendota, IL; a brother-in-law, Don Anderson of Kiel, WI; and many nieces and nephews.

He was preceded in death by his parents; a sister, Vera Anderson; brothers, Ken, Leon, Blaine and Howard; and special cousin, Ray Willemssen.

Memorials in Jack’s name may be directed to the Christian Conference Center online at www.newtonccc.org/donate or by mail at CCC, Attn: Burright Memorial, 5064 Lincoln St., Newton, IA 50208or the Iowa 4-H Foundation/Woodbury County www.iowa4hfoundation.org
Read Less

To send flowers to the family or plant a tree in memory of John D. "Jack" Burright, please visit our Heartfelt Sympathies Store.

We encourage you to share your most beloved memories of John here, so that the family and other loved ones can always see it. You can upload cherished photographs, or share your favorite stories, and can even comment on those shared by others.

Posted Jul 13, 2021 at 03:00pm
With Deepest Sympathy to the Burright Family from the church of Jack's childhood.

Posted Jul 12, 2021 at 05:07pm
Nancy, we were saddened to learn of Jack's death. We hope most of your family can be with you this week. Our German band is fading. Our prayers go with you and your great family. Paul & Verlyn Rosenberger
Comment Share
Share via:
WS

Heart of Iowa Chorus. purchased the The FTD Comfort Planter for the family of John Burright. Send Flowers

Posted Jul 09, 2021 at 06:28pm
It has been a privilege to have known this generous, kind, tireless man! His attitude toward life and the way he lived out his faith made such an impact on me and so many! He will be missed! Sending prayers of comfort to his family as you gather to share memories and grieve.
Comment Share
Share via: 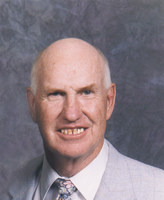