To share your memory on the wall of Jagar King, sign in using one of the following options:

Jagar Marcus King was born on July 7, 1995 in Le Mars, Iowa to Robin Schulz. He was raised in Le Mars and attended Le Mars Community Schools. Jagar graduated from Le Mars Community High School in 2014. His favorite school activities included wrestling, chorus and participating in school plays. After school he loved to go to youth group and the Asylum teen center. One of his favorite things he was taught by his father Justin was how to ride a dirt bike. After graduation, Jagar worked at various occupations in Le Mars including Walmart, Cloverleaf Storage, the Brew and Lally’s Eastside Restaurant. He was currently employed at Holiday Inn Express.

Jagar was baptized at the Nazarene Church in Le Mars as an infant. As a teenager, he attended Rock Solid Assembly of God and was extremely excited to get baptized for a second time. Jagar was an avid gamer. Some of his favorites were Call of Duty, Hollow Knight, Fallout 4, Paper Mario, Thousand Year Door, Skyrim and Dark Souls III. He also collected Pokemon and his favorite movies were Toy Story, Iron Giant and Small Soldiers. Jagar adored music. Some of his favorite artists were Fall Out Boy, Skillet, Linkin Park, Justin Timberlake, Breaking Benjamin, Logic, Blackbear and P.O.D. Most central to his life was his daughter, Serenity Lynn.

He was preceded in death by his best friend, Matt Dehaan; his great-grandparents, Clifford and Mildred Boetger, Leroy, Sr. and Mildred Schulz and Beverly and Lonnie Lewis.
Read Less

To send flowers to the family or plant a tree in memory of Jagar Marcus King, please visit our Heartfelt Sympathies Store.

We encourage you to share your most beloved memories of Jagar here, so that the family and other loved ones can always see it. You can upload cherished photographs, or share your favorite stories, and can even comment on those shared by others.

Bridget Singer and Katie Driggs, Top Notch Rentals Family, and other have sent flowers to the family of Jagar Marcus King.
Show you care by sending flowers

Posted Jul 15, 2021 at 11:35am
To the family of Jagar; We pray for friends to comfort you, faith to uphold you, and loving memories to heal your hearts.

Posted Jul 15, 2021 at 08:34am
Wishing you love to bring you comfort, the courage to face the days ahead and happy memories to forever hold in your hearts. 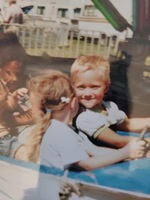 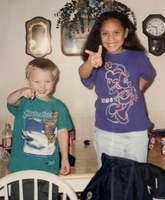 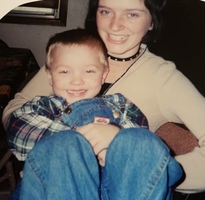 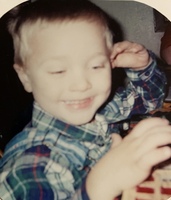