To share your memory on the wall of Richard Riemenschneider, sign in using one of the following options:

Richard “Dick” Emery Riemenschneider was born on May 22, 1939, on the family farm north of Pierson, Iowa, the second of four boys born to Emery and Anne (Paulsen) Riemenschneider. As a child, he was baptized and confirmed in the Lutheran faith. Dick attended Grand Meadow School until his junior year. The family moved to the home place and then he attended 12th grade at Pierson High School where he graduated.

Dick and Evelyn Hoop were married in 1961 and had three children, Sherri, Rick and Dave. They later divorced. On June 22, 2002, he married Davett Maples in Lawton, Iowa. Dick became a step-father to Nicole Maples and Denett Benson, whom were very proud to call him dad.

Dick served in the United States Army Reserves prior to earning an Honorable Discharge in 1961. He was a lifelong farmer and steward of the land, which provided support and a way of life for his family. In early years, he raised hogs for showing at county fairs and later served as a 4 – H judge. Dick was a member of two square dance teams. He was an avid fisherman and hunter as well as a lifetime member of the NRA. Dick played cards on a daily basis and won many Euchre tournaments. Along with farming, he sold sweet corn with his sons for over 40 years. His gentle love, quiet humor and warm smile will be missed and never forgotten.

He was preceded in death by his parents.
Read Less

To send flowers to the family or plant a tree in memory of Richard Emery "Dick" Riemenschneider, please visit our Heartfelt Sympathies Store.

We encourage you to share your most beloved memories of Richard here, so that the family and other loved ones can always see it. You can upload cherished photographs, or share your favorite stories, and can even comment on those shared by others.

Brett, Jen, Adison & Tavin Marquardt, Matthew And Clare, and other have sent flowers to the family of Richard Emery "Dick" Riemenschneider.
Show you care by sending flowers

Posted Jul 18, 2021 at 09:19am
Dave, Alisha and kids, We are so sorry for your loss. May you hold the wonderful memories of Duck close during this difficult time. We love you always

Matthew And Clare purchased flowers for the family of Richard Riemenschneider. Send Flowers

Posted Jul 17, 2021 at 03:36pm
Dear Riemenschneiders, we are so sorry for your loss. You are in our thoughts and hearts.Love, James, Dara, Isa, & Charlotte Joan Marquardt

The Marquardts purchased flowers for the family of Richard Riemenschneider. Send Flowers

The FTD Cherished Farewell Arrangement was purchased for the family of Richard Riemenschneider. Send Flowers

Posted Jul 16, 2021 at 10:36am
Our I deepest sympathy and sincere condolences to you and your family during this time of great loss 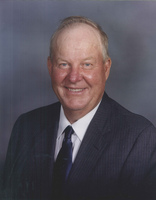